We know about the incredibleness of butterflies and moths. Such amazing creatures, so intriguing the way they transform from seemingly unexceptional, peculiar, and slow moving little nuggets to these graceful, alluring, colorful, and soft bundles of velvety wings that dance about in the air to an unheard song.

They were my favorite transformation, from which you could find symbolism to describe your every struggle. I have recently developed an odd soft spot for a lesser known and vastly less appreciated wonder of life. The cicada. I remember hearing the low and high pitched hums since early childhood, a closing song to summers adventures. But as much as I searched, stealing a glance at these intriguing and evasive singers felt nearly impossible. My knowledge of their behaviors, or what they even looked like, was completely absent.

Giving thanks to instant information via todays' internet and Amaya's profound love of creatures (much to my complete pleasure and regretful revulsion- insects are very much included in that affection), I have finally found what has been singing to me, and all of us, for so many years.

I no longer have to search for evidence because my darling 5 year old entomologist has collected every abandoned hull she has found and stashed them in every nook and cranny of both house and car. I can't tell you how many closed jars I have found hidden in one obscure place or another that, after opening, made me wretch with disgust from the most vile of smells, as I ran to empty the rotting collection of empty bodies down the toilet. Don't collect them in sealed containers guys, don't. do. it.

They come in different forms depending on location but all behave in similar manners. This manner is arguably as mesmeric as the butterfly. Their life cycle seems like a metaphor. They form into being high above and drop down, burrowing into earths bosom, helplessly and slowly maturing as they nurse from willing mother earth. When they have reached adolescents, they emerge in a shell of a body, something awkward, that does not quite resemble their ultimate form and will be discarded when they have found a solid foundation from which to ascend. When they finally emerge into adulthood, no longer dependent, they focus all of their energy on rising back up to that higher place from which they came, passing when their legacy has been created.

When I first started writing this entry, I had more of a "Hey guys, Cicadas are super cool and Amaya keeps collecting mass handfuls and leaving them around the house and they stink so bad if you leave them covered!" intention, but sometimes through writing, your appreciation of the topic grows deeper. It helps that I'm staring at these pictures and can hear the song of the cicada outside my kitchen window as I write. I'm going to read this to Amaya tomorrow because she loves so much to hear about the creatures of life. She loves to hold things in her hand while she learns how they work. Tomorrow, we will talk about cicadas again, as she cradles those handfuls of discarded, crunchy and slightly smelly shells she has stashed in the car, her dollhouse and my tupperware. And we will listen to their song.

Who Gives a Crap

The hands that built. 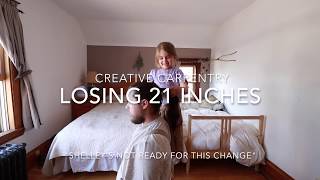